Home / The Madcap Adventures of SpY Girl and Kid Rocket

The Madcap Adventures of SpY Girl and Kid Rocket 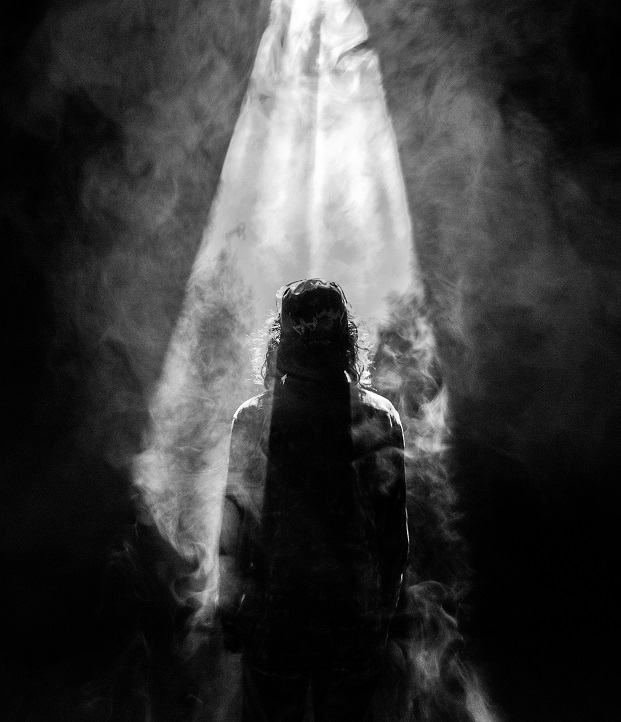 I will be sharing with you parts of this years November Novel Write in a Month project, I have called, ‘The Madcap Adventures of SpY Girl and Kid Rocket.’ The NaNoWriMo challenge is where you have to write, in 30 days, crank out a 50,000 word novelette. I am using this Dark Comedy as my vehicle.

What is the Story About?

Mind you this is the first draft….

The basic story is that these are two urban legends slithering in heart of the Southern California and climax together in Budapest.

SpY is from the El AyR basin living in the Hollywood hills . She is 60 and feeling her age such as forgetting who she locked in the trunk and not hearing things clearly.

On the south end is a boy from Slovakia who has came to America by Cargo ship and ends up in San Diego. He is 20 years old fast on the Suzuki and has a puppy love crush for SpY.

He becomes her side-kick.. Together they dance and rock n Roll their way for top secret mission to Budapest.

Lately she has been slipping in her clean up details. The other week, she forgot about “Crazy Gringo” bounded in her trunk for nearly 6 hours. Crazy Gringo, whose real name was Alex Stanley, was considered a friend and on occasion would requested ‘services’ from SpY.

There was no telling how he ended up bound and gagged in the back of her car that night. It was only after she was driving through San Pedro, in the mid December afternoon, recklessly avoiding suspected followers, that she smelled a putrid smell overwhelming her. At first she thought it was just the standard San Pedro stench filling the cab of her 2009 Mercedes SL65 AMG “Max”. She quickly switched on the A/C in hope to recover that sweet leather smell she loved so dearly. To her leather and other sensational fabrics like Furs and Velvet were totally orgasmically delightful.

When the stench did not dissipate but rather amplified in intense nasal assault. She quickly made a beeline to the nearest safe spot to park. She took the Vincent Thomas bridge and made it over to the San Pedro Fish Market off the Harbor Boulevard. If it was a dead body at least the smell of fish and oil would cover it.

Once the car was at a stand still she heard the thumping and grunting and swears in some foreign tongue. She cracked the lower steering column secret compartment where she hid her Sig 357, she lovingly called “Raul”.

Some homeless mad in beard and womens thick black tights keeping his legs warmed from the chillin’ ocean breeze came up to her window as she cracked the door open. When he seen her flash the gun he fell to his knees and begged for his life.

“Listen, Fuck-Off, I have a situation. You see this 20?” he nods affirming the wrinkled bill. “You can take this and forget you seen me, or you can join the fishes at the bottom of the brink. Pretty gross down there. Oil slicked trash and slimy dead things at the bottom. Makes me nauseous just thinking about. Yuck!” she shivers as she waves the gun and bill. “Any how, I can spend this on a drink to forget you exist or you can take it and you can forget me. Compesce?”

Again the old codger in multi layered apparel affirmed with a nod and reached up for the bill but Spy pulled it away after taking some careful consideration. She did much of her thinking mumbling and flipping her gun hand as she calculated actions. Afterall,
he might be handy for a few dollars more while she investigates the trunk.

Course he took the withdrawn bill as a moment to fear and he bowed down grovelling at her feet. He cried about life and his children he abandoned decades ago. How sorry he was that he failed them and he would correct things if she would spare his life. his dirty hands reaching for her suede calf colored short boots as he begged.

“Oh no, don’t touch! I am not going to kill ya. but I will offer you another $10 spot if you push the button on my keys to open the trunk
while I cover it with this.” she says waving her gun.

“You are not going to die, Fuck-Off. Trust me. I will have this ready. Believe me I ain’t an amateur.”

“No, I don’t think you are.” he thinks for a moment and stands up and takes the 20 and the keys.

“You will get the 10 when you open the trunk and I have cleared the insect. Run with my keys and the first bullet will be dedicated to you. Got it? Now push the button on the key when I say go.”

“Ok mam-m.” and he steps behind the black BMW and aims the key at the trunk waiting for her word.

SpY gets in a balanced stance with one hand on the Sig, then drops it down and sticks her torso back into the cab to turn on the stereo and sets some Screamin Jay Hawkins and gets back to her stance. I am ready are you? she looks at the homeless man and he shrugs as she starts to dance. “Ok baby, Open Sesame!”

The man pushes the button and falls back down on the ground for cover as SpY dances closer to the open trunk at the source of the stench and ruckus. When she cracked the trunk there was a bound and gagged Crazy Gringo with a pant load of shit bulging in the back of his Tom Ford Italian pants. His gag was partially covering his mouth and was bleeding at the forehead from hitting it against the compartment.

“Crazy Gringo? How long have I had you back there? Hey Fuck-Off, it is just Crazy Gringo. Here take the 10. Thanks
now move on.” The homeless man swaps the keys for the the 10, crumbling it against the 20 in his other hand and laughs nervously. He stared down at the frustrated and smelly Gringo wondering what will happen to him.

“Are you going to kill him?” he swept his eyes back and forth between the writhing man in the trunk and SpY, who has since
lowered the gun.
“No, not worth the bullets. Besides, he is one of the few friends I have. Don’t trust him much, but then I know his limits.” she tilts her head and stares at Gringo sympathetically. Then rips off the rest of the black electrical tape with no mercy leaving a red mark across his lips.

“Fuck you SpY,” utters a still bounded Gringo. “Friend.. trust.. what the fuck? Who is in whose trunk?”

“Well, Fuck you very much, Gringo. Do I need to take a locking wrench to your balls to remind you who is in charge. You invaded my car.”

“You put me in your car last night. I called you to pick meet me at the Bonaventure to discuss a job and this is what you do.”

“Ack! Cry Baby. Do I have to put the tape back on?” SpY teases. “Let me put this away first before I untie you.” she waves the gun as she walks it to the cab at the steering column compartment and installs the gun back in place. All a while, she can hear Gringo continue in his whaling. She laughs and walks back to the trunk where the homeless man is still staring at the bound Gringo.

“I am fucking hungry and I got shit and piss in my pants, thank you.. friend.”

“She is really your friend?” homeless Jack asks and turns back to SpY. “What do you do with your enemies? Never mind, I don’t want to know.”

SpY reaches down to her boot and pulls from an ankle strap she unclasps a small double bladed dagger with black leather handle and a black widow design. “Smart idea, fuck.. what ever your name is, Jack. Don’t ask.” she rises and leans into the trunk. Roughly she
adjusts Gringo and cuts his bonds free from his hands and ankles. While Gringo removes the rest of the tape and rope, SpY places the
dagger back in place. “Now be good on your word. Go find your kids and forget I exist. Ok?”>

Homeless Jack nods and looks at the somewhat stocky Gringo stumbling out of the cumbersome trunk. “Good luck Mr Gringo.” and
calmly heads towards north towards Harbor Blvd.

“As for you Gringo, I am going to let you off with a warning. If I ever catch you trespassing on my property again, especially
without an invite, I will plug holes in that pretty head of yours.” she reaches to help him out but he refuses her hand and ends up falling
on the ground. “Nod yes.” Gringo nods negative and struggles back on his feet. “ Shit, is that a tail back there?” she laughs at him pointing to
the brown stained bulge in his back-side. “ You know, I think I have a skirt you can switch into from those stinky fudge pants till I get you back to Silver Lake.”

“Will your torment ever end? Please!”


“You are welcome. Take your pants off and wipe your ass with them. We can toss them in the can at the end of the parking lot. The groundsman will think it is from some homeless guy like Homeless Jack.” She reaches in the trunk and lifts the flooring to the spare
and pulls out a travel bag with some clothes and documents. From there she sorts out a skirt and blazer, places the rest of the bag back in the trunk floor compartment and turns towards Gringo. “Take the undies off too, that is where most your fudgesicle is. Don’t want
any of that Crap on my skirt or seats.” she laughs again dropping the clothes at his feet.

“Like I haven’t seen one before. As much as you flatter yourself with your tool, I am sure yours is no littler, nor any more impressive than any I have seen. Now take them off and wipe your ass and deposit them in the can over there.”

“Fuck you, you want me to walk at the end of the parking lot… butt naked?”

“Your shit, your pants, you deposit. Don’t make me take Raul out again and inspire you.” she laughs again and taps her car in hysterics.

“Ok, Ok. bitch.” he removes his pants and undies. his hairy legs covered in goosebumps from the Dec early evening air.

He looks up at Spy who is giving him a once over.

“Yeap, nothing outstanding. Just your typical Greek sausage.” she reaches in her trunk and opens the floor pad that hid a change of clothes and holds it for him, a Hawaiian flower patterned elastic waist maxi skirt and a red flashy blazer with feathers. Gringo does a double take and while shaking his head puts on the skirt but bays at taking the blazer. “You’re choice. Let’s go Gringo. We can talk about that thing you called me for in the first place.”